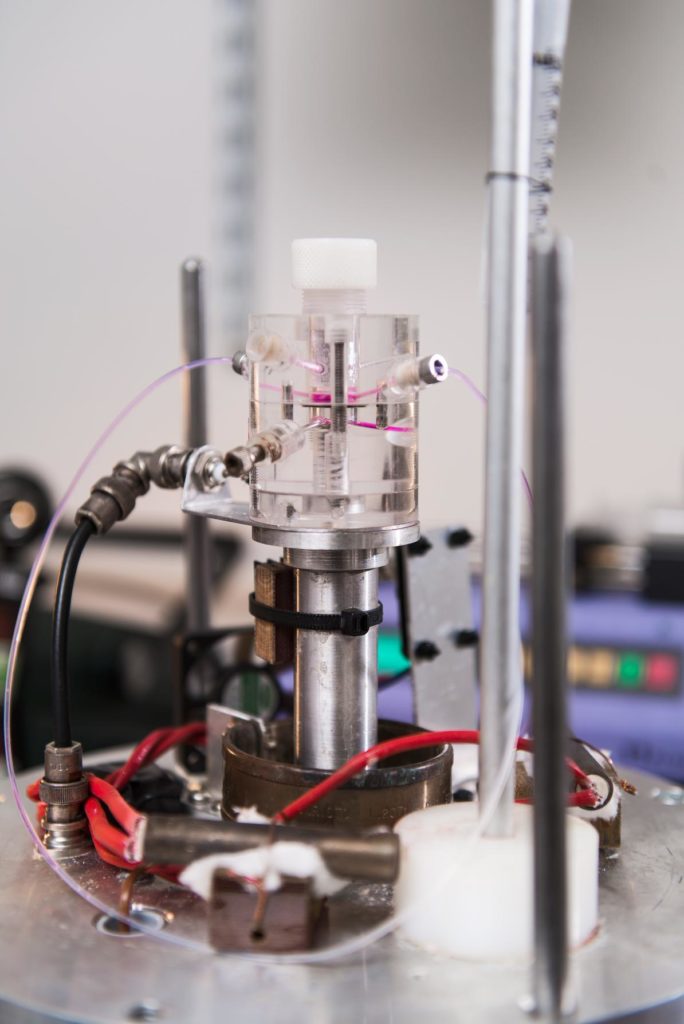 The Bio-communications project is designed to sense the transfer of information between isolated populations of organisms. This transfer of information is postulated to be non-contact, non-chemical, and non-electrical and propagate at speeds on the order of the speed of light. The goal of this experiment is to determine if this telepathic communication channel exists and then understand how nature may have evolved species, like humans, to take advantage of this phenomenon.

Hypothalamic mouse neuron populations are prepared in our Class III cell processing biology laboratory. The neurons are genetically altered to promote mitosis which allows us to grow cells on the surface of specially fabricated acoustic crystals. The neurons populations’ rhythmic synchronicity frequency is measured by a Transverse Shear Mode Sensor. While kept in a specially designed electrically isolated environmental chamber, the neuron population is allowed to reach homeostasis. The chamber can sustain cell life for many hours and even as long as a few days while recording the population’s rhythmic frequency.
It is well known that the rhythmic synchronicity frequency of a population of neurons will change abruptly when put in a stressful situation. Sensing a correlation between a population of neurons and a telepathic human will indicate that a link has been established between them.